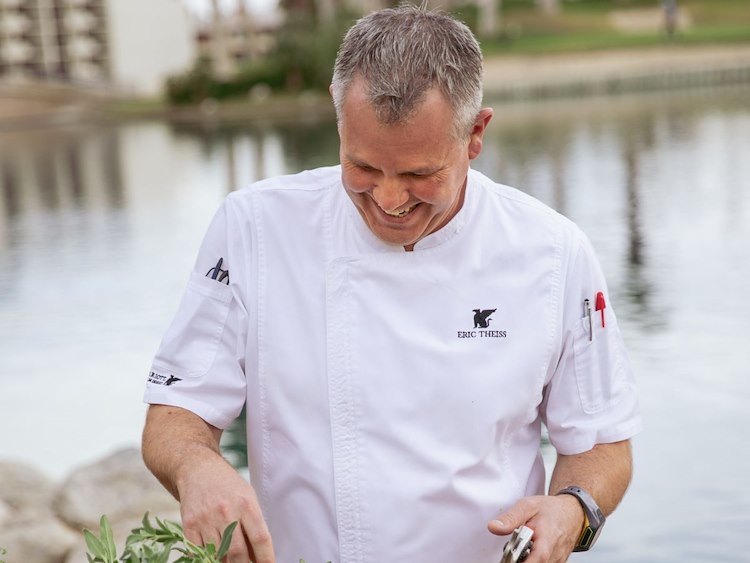 Executive Chef, Eric Theiss, found his culinary passion at a young age acting as a mini Sous Chef to his grandmother as she prepared their extended family's large, food-filled holiday gatherings at his home just outside Philadelphia. Living in a 1714 farmhouse as a child, he was heavily influenced by the local farmers who spent time teaching him about crop cycles.

A true hospitality veteran with over two decades of industry experience, Eric returns to JW Marriott Desert Springs after holding prior positions at the resort from 2004 to 2008, including Chef at fine dining Italian restaurant Tuscany and as the Executive Sous Chef for the property.

Eric oversees all culinary operations at the numerous restaurant and bar offerings onsite as well as extensive banquet operations, leading the resort's food and beverage teams in delivering an unparalleled level of excellence in both dining and service. Eric brings an innovative approach to the culinary program while utilizing locally and organically sourced produce.